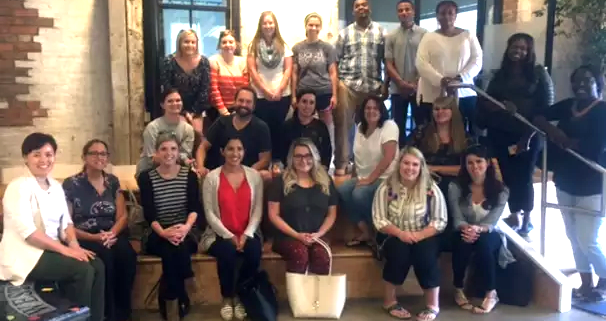 The future of social work is looking brighter, thanks to the students at Northern Kentucky University. This holiday season, Northern Kentucky area non-profits received thousands of dollars that were raised by students at NKU. From social work to marketing, students from across the campus ran various campaigns to support the local community, help those who are in need, and promote the non-profit organizations that serve the most disadvantaged people in the region.

The description of one such fundraiser read as follows: “Across the country, access to housing has become a major issue.  Every day, families in Northern Kentucky are facing the potential of foreclosure, poverty, and homelessness. This not only impacts the adults who are struggling to make ends meet, but also the children whose learning and education is being affected by multiple moves and the absence of a stable home.  These are complex problems that need all of us to work together before we can come to a solution.”

After addressing the problems, the students went on to do something about it:  “We are a group of aspiring social workers hoping to come together to start to solve this problem in Northern Kentucky. Our class is associated with the Mayerson Student Philanthropy Project, which seeks to educate students through giving by being grant makers in the classroom.  Over the next few weeks, we will be working together to identify potential non-profits who also hold this issue central to their mission. We will then choose 1-2 of these organizations as our community partners.”

That group went on to raise $2000, donating half of those funds to Mentoring Plus in the form of the Mayerson Grant.

Additionally, David Raska, a marketing professor at Northern, challenged ten of his students to raise as much as they could for Mentoring plus for #GivingTuesday, with the promise that he would match their donation up to $1000. Student Haley Payne organized a GoFundMe page in the final days before #GivingTuesday, raising $575. Raska’s match brought their total to $1150.

But they didn’t stop there. Earlier in the year during the Spring semester, those same marketing students worked on a project for Kona Ice.

“Tony Lamb (CEO and Founder of Kona Ice), needed to gain insights into what branding and products should be used to appeal to a new target audience,” Raska explained. “As such, the project focused on testing new brand and product concepts via online sample survey conducted with over 800 Millennials living in Greater Cincinnati/NKY area. We then used the data to present the client with recommendations regarding what brand concept to use, what products to offer under that brand concept, and whom to target and where to reach them.”

After completing the project, the students were invited to the Kona Ice Konvention, and were awarded $2000. Going into the giving season, the group still had $1700 remaining, and elected to add that to their #GivingTuesday contribution, bringing their new total to $2850.

All-in-all, NKU contributed nearly $4000 to Mentoring Plus is just a matter of weeks. We wish to thank them for their continuous efforts to improve the Northern Kentucky community. We are especially grateful that they have recognized Mentoring Plus as the recipient of these funds, allowing us to continue our mission.

Support Us When You Shop!
Scroll to top