by William LJ Cole, Board Member 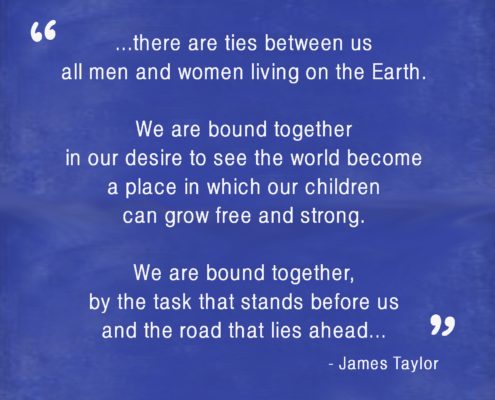 We Are Bound Together

Nonprofits are bound to their communities, and those communities are bound to them; they share the same desire: “to see the world become a place in which our children can grow free and strong.” In an age when social and community consciousness is increasing, when governmental fiscal constraint is celebrated, and when youth are exposed to more dangers — both subtle and overt — it has become more important than ever for organizations like Mentoring Plus to provide services and programs that strive to improve their communities. As the workload grows, so too does the need for capital, both physical and financial. More volunteers are needed to perform the work of improving the lives of those being served, and, naturally, money is required to effectively tackle the growing list of goals and tasks.

In some ways, we are fortunate to be facing those challenges now. The Millenial generation has grown up, and with them, collective concern for community has grown, too. Known for their fierce compassion as much as their addiction to tech, these young adults are heading back to city centers and bringing their energy with them. They seem to feel called to lend a hand in the human struggle unfolding around them, and they’ve helped Mentoring Plus gain more volunteers every year. Volunteer Coordinator Laura Gordon was hired in 2015 to handle the vital task of managing the volunteer force while also recruiting more people to donate their time. This has been a huge boost for the organization, because having more hands on deck allows for more needy youth to be served. And, unsurprisingly, doing more eventually costs more.

The Road That Lies Ahead

Boosts in volunteerism have arrived at the same time that state and local governments are cutting back on discretionary spending for service organizations. While Mentoring Plus was selected as the recipient of various government grants in 2015, that number fell in 2016 as government moved away from recurring annual grants in favor of one-time offers.

These changes come in the midst of the largest addiction crisis that Greater Cincinnati has ever seen. Many Mentoring Plus teens have been direct victims of the heroin epidemic – they have lost parents, family members, and friends to overdose. The inevitable economic and social fallout has frayed their communities and compounded their grief, challenging Mentoring Plus to expand more and more into family services, while still maintaining its youth focus. As needs grow, so does the scope of the program: in the first full year, 25 youth and family members were served. Now, that number has exploded to 175 and rising.

Now, Mentoring Plus is just weeks away from their biggest fundraising event of the year, The Seeds of Hope award ceremony. The goal is to raise $50,000 in one night: Friday April 28th, 2017 at the Newport Syndicate.

It’s clear that the need is greater than ever; that the number and variety of services will likely continue to expand alongside the number of people requiring assistance. And as Mentoring Plus works to meet those demands, the budget for good Samaritanism will continue to grow as well. Non-profit fundraising is more important than ever.

Personal Stories Bring Hope, Healing in the Age of Heroin